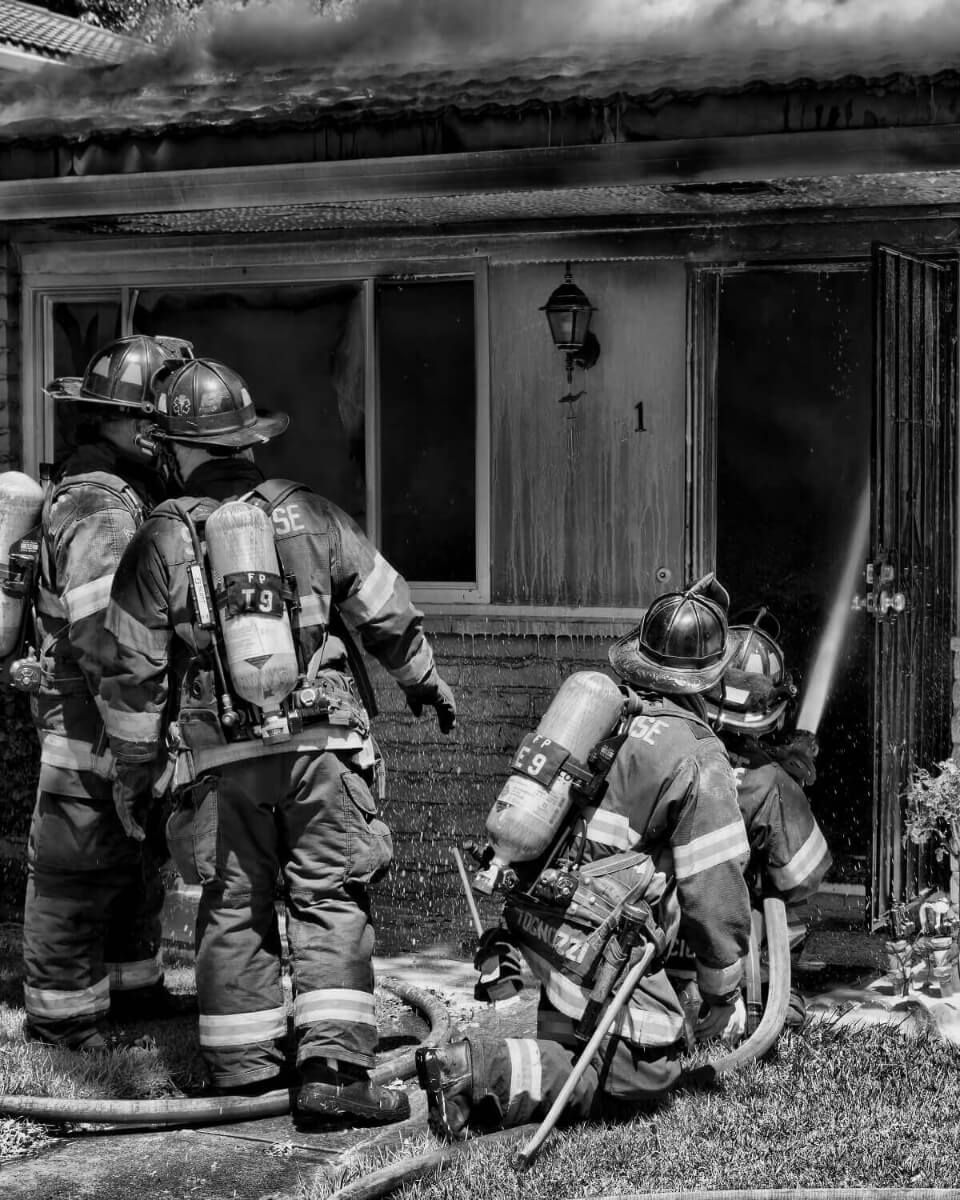 The City of San José was founded in 1777 as El Pueblo of San José de Guadalupe, the very first city in the Californias – an area that then included most of modern California, Baja California, Arizona, Nevada, New Mexico and Utah. Its population at that time was less than 70 people.

As the city grew, firefighting became a growing challenge. Firefighting was conducted by citizen bucket brigades and by volunteer firefighters.

As decades passed, California became a state in 1850, and later that same year San José became the first unincorporated city in the state. A short four years later, the city was incorporated and a paid fire department was first formed – the San José Fire Department, formed in 1854. This date is commemorated on the badges worn today by every San Jose Fire Fighter.

From 1854 until 1919 San Jose Fire Fighters worked without having a union. Wages were granted at the discretion of the Mayor and the City Council. Firefighting equipment, staffing of apparatus, work hours, healthcare protections, death benefits, salaries, living conditions and personal safety equipment were always in need of improvement or non-existent. Firefighters were often hired, promoted, or fired based upon personal connections and family heritage rather than merit.

The International Association of Fire Fighters (IAFF) was established on February 28, 1918, for the sole benefit of rank-and-file fire fighters in the United States and Canada. One year later, just after World War I drew to a close, San Jose Fire Fighters Union was established, receiving a charter in the IAFF and given the affiliate number 230 (“Local 230”).

Workers’ rights and working conditions were very difficult for San Jose Fire Fighters. The personal equipment that firefighters used had to be purchased with their own money, including their own badge. Firefighters were required to feed and maintain their horses. Benefits such as sick leave, vacation time, or a retirement system were unheard of. Firefighters worked 84 hours a week with an hourly rate of 29 cents per hour. 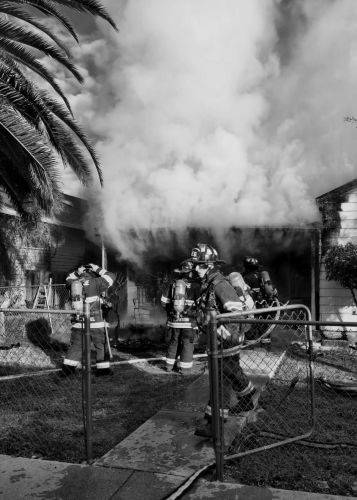 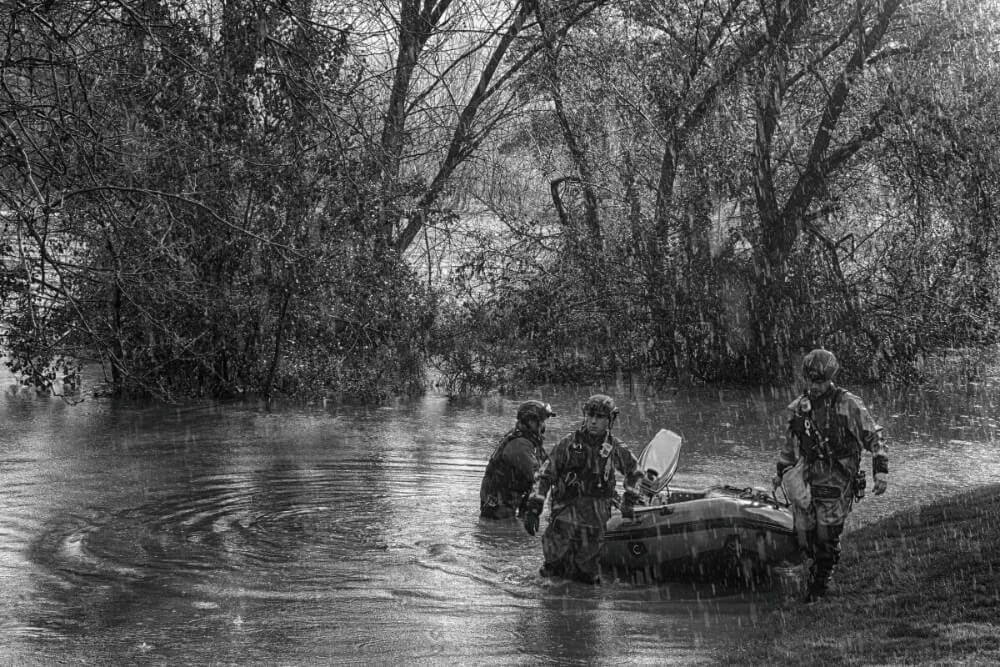 Over many decades, San Jose Fire Fighters advocated for the fair wages, reasonable benefits and safe working conditions of its members. The negotiations brought a much more highly skilled firefighting workforce that kept the public safer and used modern science and technology to protect their own health.

To this date – over 40 years later – we continue to work 56 hours per week with three platoons (A, B, and C). Our wages, thankfully, have gradually increased.

Our union has constantly worked with the community to evolve and improve firefighting so residents can live in greater safety. Over time, we’ve faced significant obstacles from political leaders driving a different agenda.

In 1992, the impact of that dark era was stricken and the IAFF granted us our original Local 230 recognition once again.

We have also confronted elected officials whose interests are not aligned with keeping the public safe. In 2012, one such official attempted to change rules wiping out worker disability protections, changing retirement protections, and far worse. This fell on the heels of laying off dozens of firefighters, ramped up paycheck deductions, decreased salaries and more. We again worked with the public to reveal the true nature of those changes, and appreciated the public’s support when those changes were all subsequently overturned with widespread support and acclimation of elected officials, the press and the community.

Since inception, we have advocated for better technologies and safer working conditions, following the rich tradition established by the IAFF.

Due to our union’s efforts, the San José Fire Department was an early adopter of Self Contained Breathing Apparatus (SCBA), which are now the de facto standard of firefighting globally and required by OSHA law. We drove the adoption of the “two-in/two-out” rule, ensuring trained firefighters are ready on deck to support firefighters who are actively engaged in firefighting within a hazardous environment. We lobbied for the transition to Advanced Life Support status, serving the public with trained Paramedics that are capable of interpreting heart rhythms, administering a wide variety of medications, intubation, defibrillation and other services that bring emergency room care to the emergency incident.

We support placing the members of our union on a higher plane of skill and efficiency through participation in federal, state, and local safety committees and through the support of modern technology and with 100% support of the IAFF and IAFC Wellness Initiative.

We are a strong united IAFF local, proud of our unity in negotiating for the wages, benefits and working conditions of San José firefighters, the “Guardians of the Garden City.”

About
In Your Community

NEP is a Union Workplace!